5 Crafty Ways To Open A Beer Without A Bottle Opener 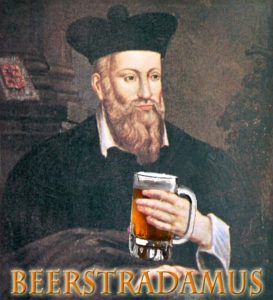 Hey we’ve all been there…beer in hand but no bottle opener. So as part of our ongoing effort to keep the good times rolling and bail you out, we’ve five brilliant ways to open your beer before it gets warm…

Countertops have been used as an alternative method for opening beer bottles for eons. And assuming you’re not in the wilds they tend to be dependable as well as readily available.

Simply place the lip of the cap on a sharp corner of the counter and hit down on the top of the lid while gently pulling the bottle down. It’s a quick move that affords plenty of swagger potential. And it gets the job done without using any tools.

A house key will certainly work in demanding circumstances assuming its bladeface is thin enough to lodge between the bottle lip and cap crown… And the keychains they tend to come with can sometime afford helpful extra leverage.

To open a beer using a key simply grip the neck of the bottle and position the key sideways under the cap (make sure the ridged side is under the cap) and the move the key up and down until the cap comes off. Unlike the countertop methodology, which is more of a brute force move, opening a beer bottle with a key is a more nuanced procedure but equally effective.

One clear advantage to this approach is that keys tend to be readily available no matter where you are. But be sure to not go ‘animal’ when attempting to open your beer using a house key or it might not work next time you get home…just sayin.’

Scissors Can Work But We Advise Caution Maybe you’re already attempted the countertop method and just ended up bruising your hand and your ego. And you don’t want to risk damaging your key’s ridges beyond repair. There’s always scissor method as long as you’re uber-careful.

The closed option, which CNET endorses, “has you placing the scissors under the cap and prying upward.”

The opened scissors option (which is concerningly sketchy and more of a last resort move) has you place the scissors around the bottom of the cap and wiggling up until the top comes off.

When using scissors we suggest wearing gloves if you have them… But then again if you’re smart enough to have gloves around, you probably have a bottle opener handy as well.

There’s a whole school of designer sunglasses  and fashionable sandals that come with bottle opening capability.

And while they might not reap the kind of crowd respect you’d garner opening a beer with a pair of scissors…What you lose in street cred you gain in ease and style.