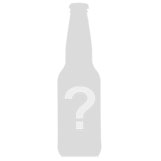 They say Olaf Gufstafson Banger, or "OG" Banger as he was often called, was born in America, but moved to Germany in the 1940's to learn the art of sausage making from a group of Tibetan Monks who had settled on the peak of the Zugspitze Mountain. He lived in a house his parents had built from the bones of Nazis they had killed for sport during the war years. Though he grew up in Germany, OG Banger was as American as John Wayne eating an apple pie at the foot of the Statue of Liberty on the 4th of July. He is credited in most circles for having coined the phrase "The American Dream", which coincidentally was his nickname amongst the beer maids from Aachen, all the way to Gorlitz. On his eighth birthday, Olaf was said to have drank so much beer, his blood alcohol content was measured at 1.1%... blood. When he was in secondary school, he forced a local bully to eat a sausage so hot, the boy's vomit burned a huge, gaping hole through the ground... Today, that hole is called Lake Constance. In his collegiate years, O.G. Banger once wore a beard made entirely of bees for 4 months, just so he could make Beardhoney Sausage. By the time he reached adulthood, his sausage making prowess had become so renowned, pigs would "fly" hundreds of miles just to be in one... no one could believe it Though his fate remains a mystery his legacy lives on at the Sausage House & Beer Garden that bears his name. Good honest food & drink served by good honest people. That's how Olaf liked it and so that's how things will remain here at Banger's.