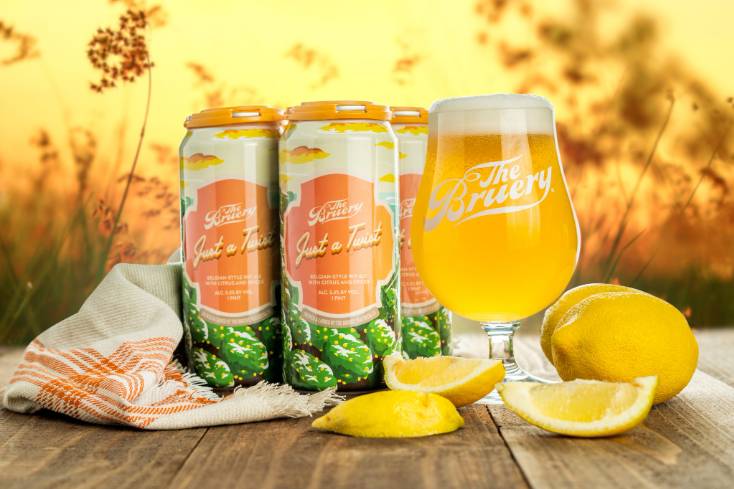 Summer is ON! And American craft brewers are addressing the warm weather with beer offerings you’re gonna want to have around.

Friends And Food-Forward (Orange County, CA) – The Bruery has an interesting new summer release that was inspired by their love of Orange County Coast. Crafted to mimic the aromas of the wild fennel plants and citrus trees found along local coastal SoCal hiking trails in early summer, The Bruery’s Just A Twist is an approachable 5.3% ABV Belgian-Style Wit with bright citrus and spice notes.

“Pouring a hazy golden hue with a thick white head, Just A Twist opens up to traditional wit aromas of clove, coriander, and citrus, with a hint of fennel and light spice,” says Director of Operations, Jeremy Grinkey. “Just A Twist truly is Southern California in a can.” “We were fortunate to contract amazing hops from New Zealand this year and were looking for the perfect beer use them in,” said Mitch Steele, Co-Founder and Brewmaster of New Realm Brewing. “Southern Hemisphere hops are known for producing unique tropical and citrus flavors, which give Tyrannosaurus Flex intense citrusy and fruity flavor with complex hop character.” Caught Speeding (Columbus, OH) – BrewDog USA has a sessionable IPA with an all-star hop profile that is currently available as part of its Summer Mixed Pack. Crafted with a smart medley of Cascade, Centennial, Citra and Nelson Sauvin hops, BrewDog Lightspeed is a 4% ABV Hazy India Pale Ale with only 99 calories and bright floral notes.