What the Hell Is a Märzen?

Hey, even though we act like it, we admit we don’t know everything. And one thing that’s cool to know more about is the kind of beer that you’re drinking. Every beer style has a back-story, a hometown, and a reason why it came about. It all plays a role in a beer’s DNA and we think that matters.

So welcome to the latest in our ongoing series (drum roll please…) “What the Hell Is a Märzen?” Märzen or Märzenbier (which is German for March beer) is a pale lager seasonal that originated in Bavaria. The beer was traditionally brewed in March (hence its name) and stored in caves before summer’s weather made brewing lagers nearly impossible.The original Märzen was brewed dark, strong, and full-bodied, using roasted Vienna and/or caramelized Munich malt to help cover up the inevitable flavor changes that would occur throughout the summer.

The Märzen style has historically been associated with the change of seasons, the onset of autumn, and the celebrations that take place at that time. It was also the beer served at what became the first Oktoberfest celebration – the wedding reception for Bavarian King Ludwig I and Maria Theresa.

During the 18th century, there were well-established brewing centers throughout Europe, and both Munich and Vienna embraced the Märzen concept as it applied to their provisional beers. And without getting to “geekish” about all this, it’s good to know that they evolved differently, in that Vienna was brewing ales while Munich produced bottom-fermented lagerbiers. German Märzen beers vary in color from pale (Helles Märzen) to amber to dark brown (Dunkles Märzen). The Austrian style is generally lighter in color, body, and flavor.

Other common names for Märzen include Märzenbier, Wiener Märzen, Festbier, and Oktoberfest bier. 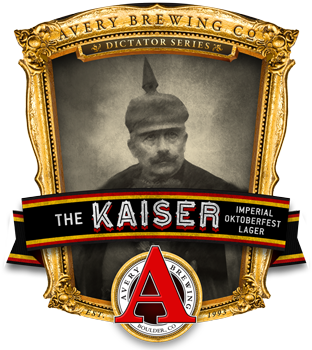 There are lots of great American craft brewers who are doing all kinds of interesting things with the Märzen style. And chances are you may have already tried some of them and not even realized it, as they’re more commonly marketed as Oktoberfest brews here in the states. Do we see the Märzen ever becoming as popular here as they are in Europe? Frankly, we’d be surprised if that happened anytime soon…But given the Märzen’s seasonality and its long-running association with fall celebrations, there will always be a time and place for this legendary style to be enjoyed, and that’s a good, good thing!

What the Hell is a Kölsch

What the Hell is a Rauchbier

What the Hell is a Gruit Ale

What the Hell is a Saison