California’s brewing industry has doubled in the last eight years, and collectively breweries pump billions of dollars into the state’s economy. But now two new craft beer laws have cleared the runway for future growth.

On September 30th Governor Gavin Newsom signed into law updated rules that will allow independent breweries to expand in communities throughout the state. AB 2307 raises the limit on brewery growth from six satellite locations to eight, and it lifts the cap on how many of those tap rooms can have a full kitchen from two to four. AB 2301 simply allows breweries to distribute to restaurants they own within a five-mile radius.

And both long-overdue bills are really going to be a boost to the state’s craft beer economy.

“We just want our brewers to feel that the sky’s the limit on what they can achieve,” said Lori Ajax, executive director of the California Craft Brewers Association. “We are grateful that the governor supports these small businesses and signed AB 2301 and AB 2307.”

California’s craft beer industry has been straining at the seams to meet customer demand in family-friendly gathering spaces and the legal limit was holding craft beer back.

Fieldwork Brewing currently has seven locations throughout the San Francisco Bay Area and the company’s co-founder, Barry Braden, was excited about the two bills having now become law. Fieldwork’s recent soft-opening in San Leandro was going to be their last for a while if AB 2307, which was written by Assemblyman Marc Berman (D- Menlo Park), hadn’t been signed. 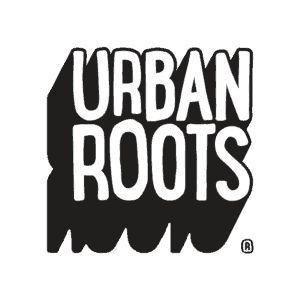 “San Leandro was our biggest opening ever,” Braden said. “We believe in meeting customers where they’re at, bringing them a community-centered space with great beer. But we had hit our limit on licenses.”

And Urban Roots Brewery’s Peter Hoey is pleased that his next restaurant won’t require a distributor.

Currently, Urban Roots hires a Concord-based distributor to haul beer from their brewery to the warehouse several counties away, and back to BAWK! By Urban Roots, the brewery’s fried chicken venue, which sits four-tenths of a mile away from the brewery. And with the signing of AB 2301 into law, the Sacramento-based brewery will no longer have to participate in that ridiculous and costly dance.

“What’s funny is that we could sell directly to The Shady Lady on one side and Burgers and Brew on the other,” Hoey said, referencing BAWK!’s neighbors. “But we couldn’t sell in the middle because we own it.”