RAVE reviews takes a look at the best breweries in the American Southwest and ranked them according to the factors that make a brewery an unforgettable destination. 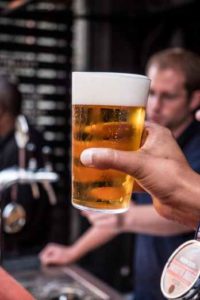 RAVE reviews is an online site that combines lifestyle, entertainment and travel with product assessments. They recently published  a ranking of the 30 Best Breweries in the Southwest that is interesting in its approach and not totally stupid.

And while we may have some qualms about the listing’s order, it’s a very solid collection of craft breweries in the Southwest, all of them worth your time…

The debate over which states comprise the Southwestern region of the United States has been ongoing for decades. For this review RAVE stuck with the boundaries used by the US Fish and Wildlife Service and reviewed the top breweries in Arizona, New Mexico, Texas, and Oklahoma.

All of the craft breweries in this 2022 ranking have made it to several other “best of” lists, including Thrillist, Timeout, and Frommers. Then RAVE looked at sales rankings from Beer Advocate and the Brewers Association to round out things.

Breweries can get up to 20 points for each. A 20 in any of the factors would make that factor a perfect score for that brewery. And those scores once tallied determined the ranking’s order.

And here’s what they came up with…

Top Breweries in the Southwest 2022