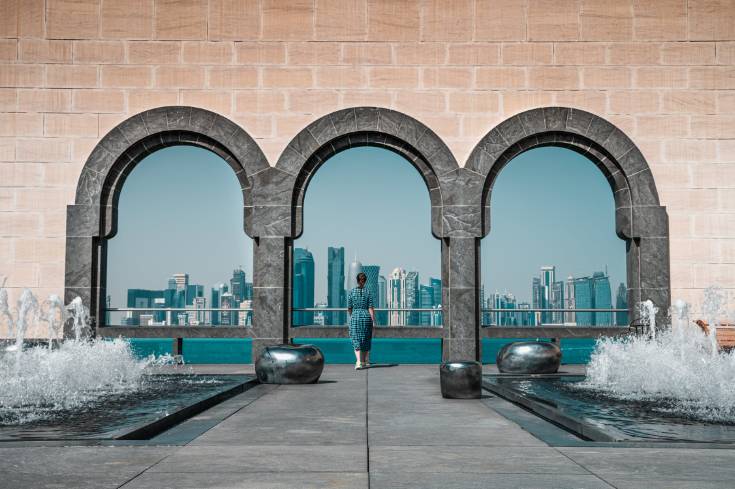 Budweiser beer stands are being relocated at the World Cup to keep peace with the country’s largely Muslim population. We’ve that, “Words to Drink By” and more.

Beer Stands Made Less Visible At World Cup (Qatar) –  Qatar is an oil-rich peninsular Arab country made up of an arid desert expanse surrounded almost entirely by shoreline and beaches and its capital, Doha, known for its futuristic skyscrapers and ultramodern architecture inspired by ancient Islamic design.

A largely Muslim country, it’s hosting the 2022 FIFA World Cup where Budweiser beer stands are being relocated at the last minute to soothe a populous that abstains from alcohol. One of FIFA’s biggest sponsors, Budweiser has the exclusivity to sell beer at World Cup matches.

Words To Drink By (Michigan) – “We have a deep culture and appreciation for beer here that goes deep.” Brewery Vivant Founder Jason Spaulding on brewing in Grand Rapids. Heineken Sponsors Race In Sin City (Las Vegas, NV) – Formula One is the highest class of international racing for open-wheel single-seater formula racing cars. It has legions of fans which explains Heineken’s latest announcement that the world’s most anticipated F1 race, next year’s event in Las Vegas, has been officially named the Formula 1 Heineken Silver Las Vegas Grand Prix 2023.

One of the things that make F1 races so exciting, is that they take place on city streets rather than on the more traditional tracks. This is street racing at its very best with the world’s fastest cars.

“We’re excited to be title partner of the most anticipated race of the 2023 season,” said Dolf van den Brink, CEO Heineken International. “The track takes in the sights of the iconic Las Vegas strip and promises to deliver an exceptional fan experience.”

“The Heineken Silver Las Vegas Grand Prix is the perfect culmination of our successful global partnership with F1 that has brought groundbreaking events to the tracks of Austin and Miami in the US,” added Maggie Timoney, CEO Heineken USA. “We are so excited to pair the most anticipated F1 race with our new innovation, Heineken Silver.”