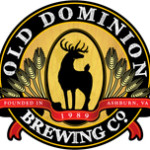 The tale of Old Dominion begins in 1989 with a man and a dream. That man was Jerry Bailey. Like a lot of folks in the DC metro area, he had a 9-5 job with the Federal Government. Working for the US Agency for International Development, Jerry's dedication, integrity, and big heart helped to aid families in several foreign countries. Although content with his life, he longed for something greater. The first seeds of Jerry's passion for brewing were planted when his brother, Tom, gave him a home brewing kit as a Christmas gift in 1978. After many hours researching recipes and creating experimental brews, Jerry and his buddies would get together on the weekends to indulge in the finely crafted beers he had worked so hard to perfect. By this time, the seeds of Old Dominion Brewing Company were beginning to take root.

"You won't believe how much good beer there is in California" said Jerry's friend, Bud, after his return from a West Coast vacation. The excitement began to build and when their group of friends got together for a brainstorming session at a local bar, the words, "why don't you start a brewpub" were music to Jerry's ears. With that, he started scribbling his ideas on cocktail napkins. With little knowledge of what it would take to begin this process, Jerry began to frequent the local library and taught himself how to write a business plan. Nothing was going to stop him from living his dream. Realizing the potential and recognizing Jerry's passion for brewing, his family had his back and his friends became investors, advisors, movers and shakers.

After many long days (and nights) searching for the 'right home' to build the brewery, it seemed fitting that all it took to decide on Loudoun County was a phone call with an excited official at the zoning department. Clearly, this was beginning to become a real community effort. All the pieces were falling into place and all that was left now was coming up with a name. Considering the location and the historical significance of being one the first breweries in the Washington, D.C. Metropolitan area, the name Old Dominion Brewing Company had a nice ring to it. But a name wasn't enough. Old Dominion needed a symbol, a calling card, something that would reflect the quality and creativity of the beers. Anyone who's been to Virginia notices a particular species of wildlife that inhabits nearly every corner of the Old Dominion...the whitetail deer. And, luckily, the deer has always been symbolic of purity and pride, values that are still upheld at Old Dominion to this day.

In 1989, Old Dominion Brewing Company opened its doors to the public and was an immediate success. Word spread throughout the DC area like wildfire. Old Dominion's loyal following continued to grow and soon became the craft beer of choice in many local pubs, restaurants, and supermarkets. The grounds behind the brewery became home to the annual Old Dominion Beer Festival which drew beer lovers from many (many) miles away. Breaking new boundaries on the brewing scene with an amazing lineup of beers garnered Old Dominion Brewing Company 12 medals at the Great American Beer Festival in Denver, CO. The accolades continued to stack up when, in 1995, Fortune Magazine named Old Dominion "One of the 50 Best Breweries in the US"....and the Washington Post dubbed Jerry Bailey a "mentor and godfather to the craft brewing industry."

Fast forward to 2007...Change was in the air. "It's been one helluva ride" Jerry said as he passed the torch along to Bill Muehlhauser who, like Jerry, has quite a passion and love for the nectar of the gods. The brewery continued to run in Loudoun County for the next 2 years until, thanks, in part, to the overwhelming support of our fans and customers, Old Dominion as a company outgrew the brewery of its birth.  To continue crafting beers for such a growing audience, without compromising quality, Old Dominion moved into a state-of-the-art brewery in Dover, Delaware.  It is there that Dominion continues to grow and prosper backed by its amazing, loyal fans and the blessing of its noble founder, Jerry Bailey. Nowadays, you can find Dominion beers in more places than ever before; the ales, lagers and sodas (yes, sodas!) are staples in many local bars, restaurants, and even burger joints (thanks Ray's). As a company, Dominion values the rich history and heritage that so many people worked so hard to create.  Old Dominion's main goal is to continue to brew fresh, high-quality, handcrafted beer that everyone can enjoy. Onward and Upward - Above and Beyond - Live the Dream every day.