Having just announced plans for a new destination taproom in Cape Cod, the Carlton, MA-headquartered brewery waited less than 24 hours before announcing another location, this time in a spectacular Western Massachusetts location.

Founded in a small barn as a one man operation in 2011, Tree House Brewing caught fire almost immediately. By the end of the year the Massachusetts brewery had “thirteen employees and 650-barrel cellar” according to the Boston Business Journal.

In 2017 Tree House moved from its humble roots to a 55,000-square-foot state-of-the-art production brewery in Carlton, a facility that greatly upped the company’s production capability, but was still lacking in some ways..

“This year we’ve reflected deeply upon the experience in Charlton and realized that many of the limitations currently in place are a function of over-demand and under-supply; not for beer, but as a communal gathering place,” the brewery has said. “In spite of relentless effort and constant reinvestment to make it the simple, relaxed environment we have described, we continue to fail in the face of our ever-growing customer base”

“Since our inception, we have been unable to host regular parties, festivals, & celebrations due to the disruption it caused on our regular customer base & the lack of an appropriate facility to do so.” Enter the brewery’s newest endeavor which is expected to open in 2021.

Located on 50 wooded acres in the shadow of Mount Sugarloaf State Reservation, on a complex that once was the Channing Bete Company headquarters, the new Tree House location couldn’t be more spectacular. And the 100,000 sq. ft. building itself, equally impressive… 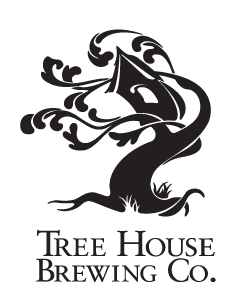 “In addition to the expansive outdoor space, the indoor atrium, complete with a sea of live plants in a flood of natural light, is a stunningly gorgeous piece of architecture,” the brewery writes.

It’s close to the hills of the Mohawk Trail, wonderful hiking and biking opportunities, and Berkshire Mountain skiing. And in world where the term “destination brewery” sometimes gets tossed around more freely than it should, Tree House Brewing’s new “destination” sounds pretty damned exciting…

And at the same time when many craft breweries are playing things safe, due to the economic impact brought on by COVID-19, Tree House Brewing is making audacious moves.