“STiVO is everything Vinnie and I love about a new-age craft pilsner. “It’s a true passion project.” – Firestone Walker Brewmaster Matt Brynildson.

There’s very few beer styles more difficult to pull off than a true pilsner. So it got our attention to learn that two important California breweries just returned an award-winning small batch classic that they did together.

And it’s available for the first time in cans…But given this beer’s cult status it won’t around for long.

A brilliantly conceived mashup of the breweries’ flagship pilsners, STS and Pivo, STiVO was previously released only in draft and last seen winning a gold medal at the 2018 World Beer Cup. But it wasn’t until 2016 that Brynildson and Cilurzo decided to brew their first official collaboration beer, and there was no question as to what they would brew: a pilsner. Russian River had made its mark with its STS pilsner, and Firestone Walker had created a similar buzz with its Pivo pilsner.

“We’re both mad about pilsner brewing,” Brynildson says. “We just love these types of beers and the simple recipes surrounding them.”

After that initial collaboration in 2016, they perfected the recipe over a few additional batches, bringing down the ABV to 5.3 percent and brewing it in the unfiltered “Keller pils” style.

Brewed this time around at Firestone Walker’s Propagator R&D brewhouse in Venice, California, STiVO, is a thoughtful melding of the STS and Pivo recipes, which were already quite similar except for the hop bill. 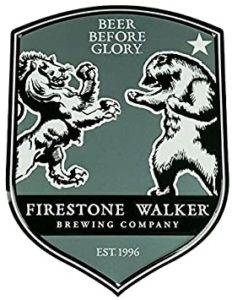 Brynildson and Cilurzo ultimately split the hops down the middle between Pivo’s German Saphir hops and STS’s French Aramis hops, both of them part of the new wave of European hop cultivars.

As a Keller pils, STiVO has a hazy appearance. “We leave it unfiltered in the Keller style because we both love visiting breweries and drinking pilsner straight from the lagering tank,” Brynildson says. “This is a small non-production scaled brew, so we can afford to leave the beer this way.”

“STiVO is everything Vinnie and I love about a new-age craft pilsner—clean and aromatic, with a subtle hop imprint,” Brynildson added. “It’s a true passion project.”

STiVO is available for a limited time at all Firestone Walker locations and online at FirestoneBeer.com for direct shipping to nine states: CA, DC, KY, NE, NH, ND, VT, PA and VA.